Thank you to everyone who came to the last Classics Galore Concert in 2019 in aid of FORCE Cancer Charity. Your amazing support helped us raise more than £22,000. This brings the overall total raised from the seven concerts to more than £112,000. The concerts were started in 2007 by the late Dick Passmore and his wife Posy. It was Dick’s wish to exceed £100,000 and you have made this possible THANK YOU. 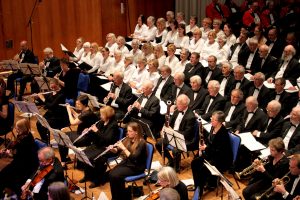 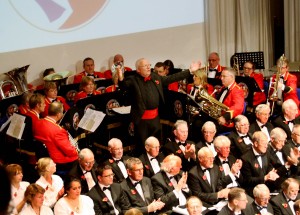 Welcome to the next Classics Galore! concert, which will be held in the Great Hall at the University of Exeter on Saturday 12th November 2022 at 7:30pm and will once more feature the SW Comms Band, Ottery St Mary Choral Society, members of St David’s Players and the Classics Galore! Symphony Orchestra, comprising top musicians from Exeter and East Devon.

The evening will be a feast of varied musical entertainment with the aim of raising thousands of pounds for FORCE Cancer Charity.

We have again arranged for the Terrace Bar of the Great Hall to be open for those who would like to have a meal before the concert and it will be open from 5pm.  Reservations are not necessary.

Shuttle buses will be provided for concert patrons and will run between the Great Hall and the main A and B car parks from 5pm to 11pm.

For a tribute to Dick Passmore from the Classics Galore! Committee and FORCE Cancer Charity click here.

Take a look back at some of our 2019 performance photos.

Why not join us for Exeter’s very own Night at the Proms with a fantastic line up including: 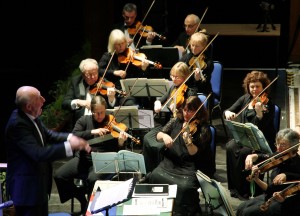 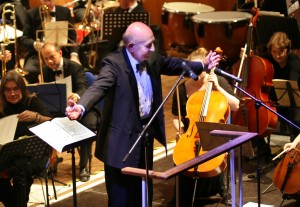 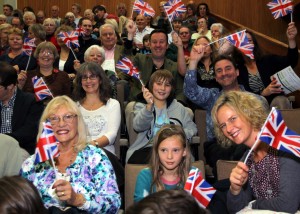